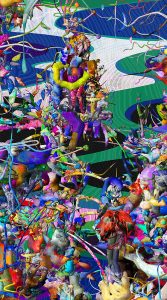 He was born in 1969 and raised in Osaka, and began studying oil painting at art school in Kyoto. He was deeply impressed by the expressive ability of the monochrome paint software he experienced while studying there, and began creating with a computer in 1994.

After producing fantastical digitally processed, hand colored material with a variety of painting materials from 1996-2000 called his “Digilo-graphy”, he began transitioning into digital collages using atypically shaped plants and animals from 2008.

His current work began with the idea of presenting the illustrations he made for the characters of his children’s picture book, (Silent book), in late 2007, as individual two-dimensional works.

Further, the diversity of plants and animals and the pleasure of the ecological system that he observed during his years of living in the forest and mountains of Wakayama over half of the 90’s, his experience of the fierceness of nature in typhoons and more, and the Buddhist philosophy of life that he ascribes to all deeply affect his work.

These teachings preach the hard to break connection between oneself and the environment, and that the heart and body are one, which are also important elements of his work.

His representative works post-2010 have won the Asia Digital Art World in the still image division, and he participated in the STRICOFF Gallery group exhibit in NY as a finalist for the ARTBOX PROJECT New York 1.0.

Additionally, he has applied graphic design to put a selection of his works onto apparel, etc., since 2011, and has opened an online store.

He has also received a number of awards in the design field, such as winning the GOOD DESIGN EXPO message T-shirts design contest.

He began to create several types of hand made art books in 2014, and has been proactively participating in international art book exhibits, and is currently beginning to create a new ZINE that uses the same media that he uses in his actual works.

Ueda currently resides in Wakayama, Japan, where he has his own studio.
He draws and paints his materials there, and also has a system where he can input and output work from his computer.

It is the place from which he announces his pieces and partakes in global activities including groups exhibits and art fairs in a total of 11 countries and regions across Asia, Europe, and North America. 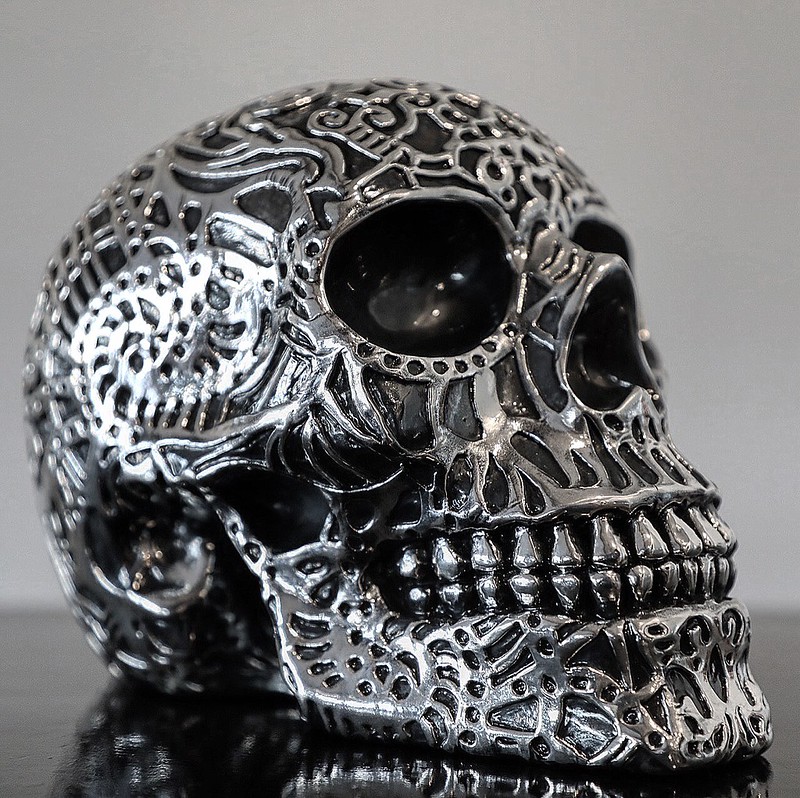